Manifestos begin with bold pronouncements. Here goes one. Of all the communications disciplines, digital advertising enjoys the fastest pace of innovation. So why, then, are its practitioners encountering such systemic problems with fraud, viewability and quality of experience?

Fraudulent impressions and clicks are leading to a massive loss in value. Depending on the approach, any given campaign could be losing from ten to fifty percent of its budget to fraud. Digital is the most measurable form of advertising that money can buy. It’s built on tracking, targeting and measurability. So the industry needs to unite and implement verification methods that weed out the bad actors.

As many as half of all online ads never get seen by a human. Web pages are long. Ads are short and far too abundant. Publishers cram as many as they can into a page. If an ad does not make it into the device view frame, it should not count as an impression. The best networks and ad technologies have solved this problem. But there are laggards holding the industry back, and making a cheap, ultimately self-defeating buck in the process.

It’s no wonder that users of the internet are flocking to ad blockers. They are inundated with thousands of online ad impressions every single day. Some of America’s most-visited websites have bloated their pages to browser-crashing excess with display ads, pop-ups, interstitials, and other units so far from standard practice that they don’t even have names. The user’s experience matters. In chasing a few extra impressions, too many websites are killing the goose that could keep on laying golden eggs.

We must overcome these abuses as an industry—brands, networks, agencies, publishers, and technology providers alike. And at the same time we must also move past the formats that were created for the internet and low-resolution screens of 1998. There is no excuse for the 728×90, a relic of the first days of the internet, to still exist.

As an advertiser who is accountable to clients, I want to work with networks that are solving the problem, not amplifying it. I want to work with publishers who care about a quality user experience, not those who spam their audience into the arms of ad blocking apps. And above all, my mission is relevance.

Digital advertising was born on the principle of relevance—offer the right ad to the right person, and all parties will benefit from the advertiser to the network or publisher to the consumer who connects with an idea, product or service they care about. It’s time to return to relevance, to innovate, to take a giant leap forward and solve these problems.

In digital advertising, we’re held to a higher standard because, unlike most other types of paid media, everything we do is excruciatingly measurable. Embrace it. Don’t despair. What has made this discipline so fast to become the dominant form of advertising in the United States will power us through to its next phase.

Check out David’s speaker bio, and mark your calendar for his panel Ad Fraud, Agency Kickbacks, No Transparency: Why Brands Need a Relationship with their Buying Platform, during this year’s weeklong ADWKDC celebration. 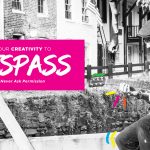 Behind the Theme
2 Comments