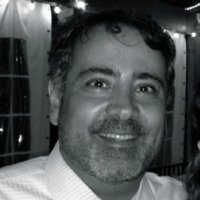 Alex Dehgan is the co-founder of a new startup, Conservation X Labs, focused on harnessing exponential technologies, open innovation, and entrepreneurship for conservation, including launching the first Grand Challenge for Conservation on Aquaculture. He is also The Chanler Innovator in Residence at Duke University (and previously served as the Inaugural Rubenstein Fellow at Duke), where he researches and lectures on technology and innovation for conservation and development, including through a MOOC with Coursera, Innovation and Design for Global Grand Challenges.

Dr. Alex Dehgan recently served as the Chief Scientist at the U.S. Agency for International Development, with rank of Assistant Administrator, and founded and headed the Office of Science and Technology, and provided the vision and helped create the Global Development Lab. Prior to coming to USAID, Alex worked in multiple positions within the Office of the Secretary, and with the Bureau of Near Eastern Affairs, at the U.S. Department of State. At State, Alex developed political and science diplomacy strategies towards addressing our most challenging foreign policy issues in Iran, Iraq, Egypt, and the greater Islamic world, including initiating the Obama Administration’s diplomatic efforts with Iran through science diplomacy working with Amb. Dennis Ross, and serving as a liaison to the late Amb. Richard Holbrooke.

Alex was also the founding Afghanistan Country Director for the Wildlife Conservation Society’s Afghanistan Program. Through his leadership, WCS led efforts to create Afghanistan’s first national park (and later its second), conducted the first comprehensive biological surveys of the country in 30 years, and curtailed illegal wildlife trade on US and ISAF military bases. Alex is also currently writing a book, The Snow Leopard Startup, through Public Affairs, an imprint of Perseus Books Group, on setting up the first national park in Afghanistan. You can follow Alex on twitter at “lemurwrangler”.

All sessions by Alex Dehgan